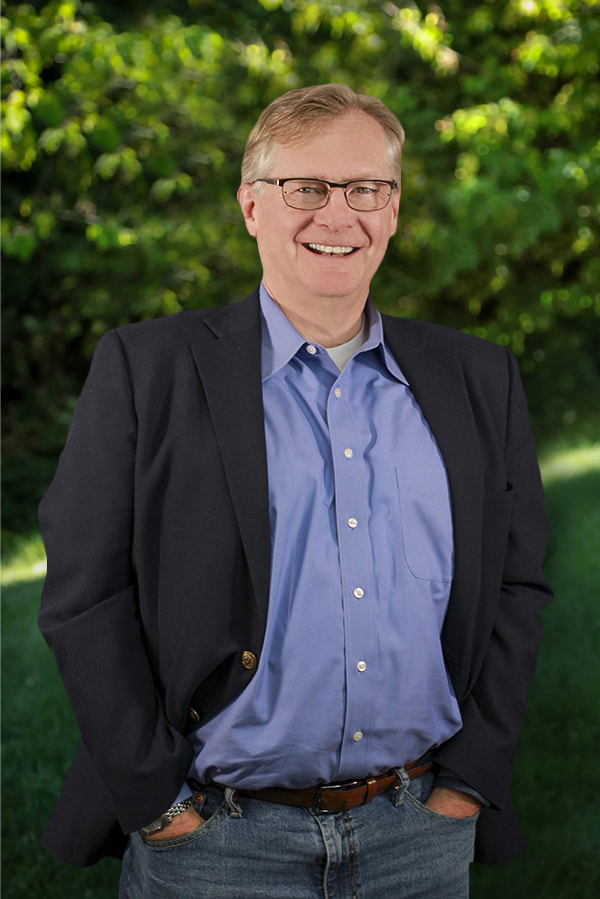 Jay Tebbe started working with Archford’s consulting area after retirement in 2018. He has been instrumental in the design of our philanthropic platform including the “Gifting Insider” website for donors and nonprofits.

Prior to his role with Archford, Jay was the president and publisher of the Belleville News-Democrat for 14 years, completing a 41-year career with the local digital and print media company.

Jay led the BND through one of the most transformational periods in its 160-year history: its evolution from a newspaper to a multi-platform, digital journalism company. Under his watch, the BND was recognized for its strong local journalism, particularly its award-winning investigative reporting and for its consistent growth in digital audience.

Jay has a BS in Business Management from Empire State College in Rochester, New York. He resides in Swansea, Illinois with his wife Diane. They have two children and two grandchildren.

Certified Exit Planning Advisor
Professionals with this designation have passed an exam and completed the Exit Planning Institute’s CEPA Program, which is the most widely accepted and endorsed program of its kind. Graduates of the program have mastered the Value Acceleration Methodology, which integrates exit strategy into the business, personal, and financial goals of the business owner.

Chartered Retirement Planning Counselor – CRPC
This designation, the nation’s premier retirement planning credential, is awarded by the College for Financial Planning. CRPCs have mastered client-centric retirement planning in a comprehensive graduate-level program that covers all aspects of the retirement process.

A ChFC is a professional designation representing the completion of a comprehensive course consisting of financial education, examinations, and practical experience.

Chartered Financial Analyst
One of the highest distinctions in the investment management profession, this title designates graduates of the CFA Program from the CFA Institute. These professionals have passed multiple exams on financial reporting and analysis, asset valuation, portfolio management, and managing equity, fixed income, and derivative investments.

Accredited Investment Fiduciary
Financial advisors with this designation have gone through the training, met the qualifications, and passed an exam on the fiduciary standards of excellence that apply to managing the assets of another person or institution. Professionals with the AIF designation understand the legal standards that require them to prudently manage investment decisions.

Chartered Retirement Plans Specialist
This unique designation from the College of Financial Planning is seen as the industry benchmark on business retirement plan administration. Graduates are experts in the process of designing, installing, and maintaining company retirement plans.

Certified 401(k) Professional
This designation distinguishes financial professionals who have demonstrated the knowledge and ability to positively affect the retirement outcome for participants in company retirement plans. The Retirement Advisor University, in collaboration with UCLA Anderson School of Management Executive Education, awards this designation to financial professionals who complete a rigorous curriculum of extensive coursework, examinations, a case study, and training.

Certified Financial Planner
The Certified Financial Planner Board of Standards, Inc., awards this designation to individuals who have successfully passed the board’s extensive exams covering financial planning, taxes, insurance, estate planning, and retirement, in addition to ongoing certification requirements and continuing education. These professionals have met rigorous standards and agreed to adhere to the principles of integrity, objectivity, competence, fairness, confidentiality, professionalism, and diligence.

Someone with this designation is an expert in all the financial circumstances that surround divorce. The training for this certification focuses on understanding and estimating the long-term costs of a divorce. Some areas they focus on are tax consequences, property division, alimony and/or child support amounts, and the future of retirement/pension funds.

This is a graduate degree earned at any university that provides theoretical and practical training to help students gain a better understanding of general business management functions.

This is a specialty credential for CPAs who are experts at helping individuals with wealth management. The American Institute of Certified Public Accountants grants this designation only to CPAs with significant personal financial planning education and experience. CPAs pursue this credential because they want to display their expertise and knowledge as it relates to all aspects of financial planning.

We are looking for game changers that set high expectations of themselves and are corroborative in nature. Archford has been recognized by “Small Business Monthly” as a Future 50 Company and Winning Workplace in St. Louis.

The Relationship Manager role is responsible for the proactive management of their clients relationships, formulating and implementing advice. You will work closely with a Client Service Associate, actively participate in Archford’s Investment Policy Committee, strategize with Tax Managers, and other team members to deliver exceptional client service.

Expected to convert prospective clients generated for you along with developing new client relationships.

Salary plus bonus plan will be commensurate of experience and net revenue managed. This position is full time.

EQUAL EMPLOYMENT OPPORTUNITY Archford is committed to providing equal employment opportunities and ensuring that all employment-related decisions are made without regard to race, color, sex, age, national origin, religion, physical or mental disability (unrelated to the ability to perform job duties) veteran status, or any other protected status under applicable law.

Send Us Your Resume