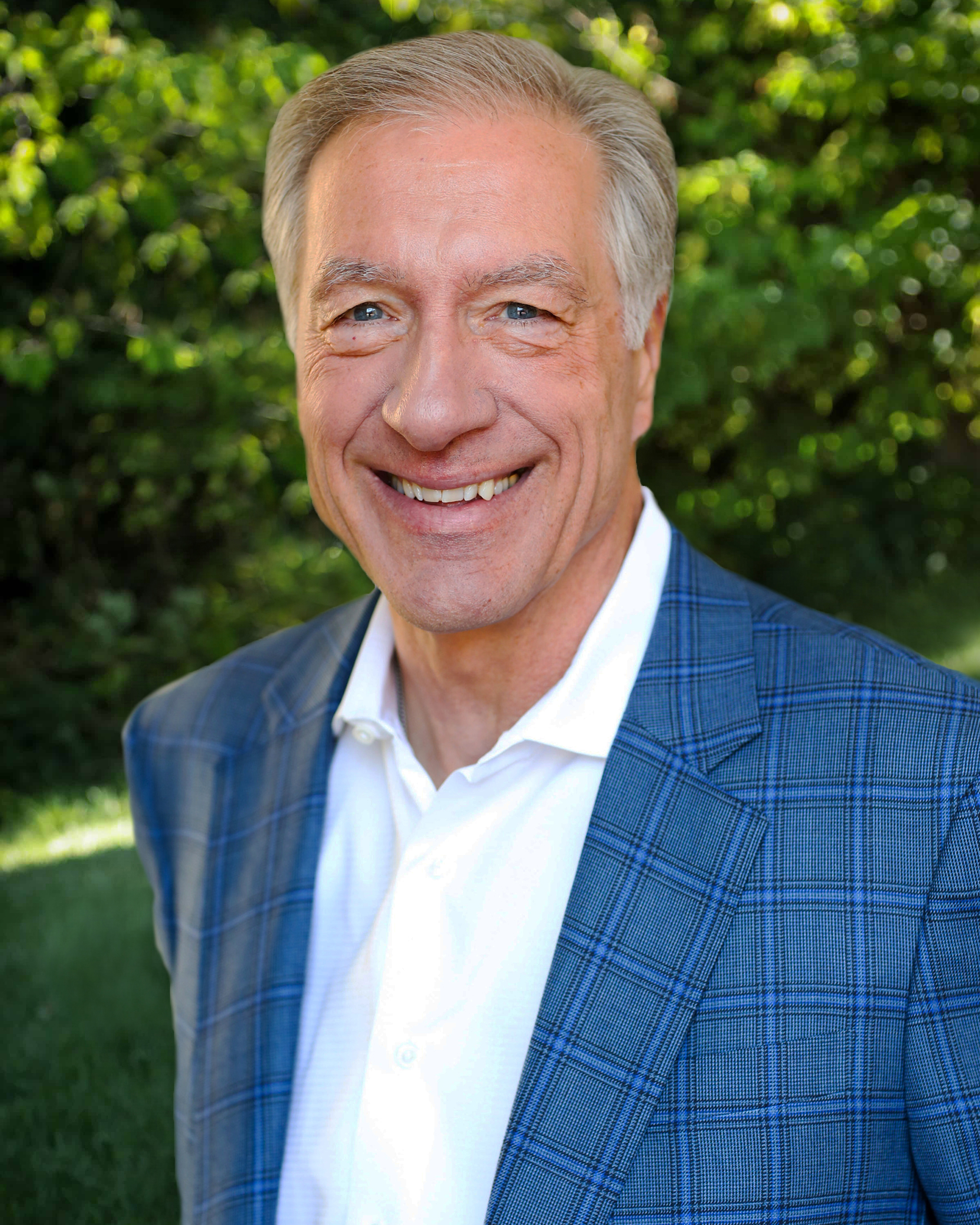 Martin Leifeld is an Archford Capital Business Consultant. He is also an author, coach and speaker.

During his 24 years of professional fundraising, Martin and his teams raised a staggering $500 million dollars. In 2018 Martin was named Outstanding Fundraising Executive by the Association of Fundraising Professional St. Louis Regional Chapter. He was recently named the 2020 winner of the Millard S. Cohen Lifetime Achievement Award from St. Louis Public Radio (KWMU).

With a passion to serve, Martin established MartinLeifeld.com as a resource for those looking to learn more about fundraising and leadership. It’s Martin’s hope that those looking to enrich their lives and organizations will continue to visit this page for updates, learn professional experiences and proven tips in Five Minutes for Fundraising, and connect with like-minded professionals.

Martin served as vice chancellor for university advancement at the University of Missouri–St. Louis for ten years, overseeing external affairs and 140 employees for the university. While there, he led a dramatic increase in fundraising, averaging $26.4 million per year.

Prior to joining UMSL, Leifeld was associate vice president for university development at Saint Louis University. There he directed 55 University development staff, and all campaigns, planned giving, major gifts, corporations and foundations, data maintenance and gift processing, prospect research and stewardship. Leading a major reorganization resulting in a 500% increase in donor/prospect engagement, Leifeld and his team raised $158 million in 3 years.

In addition to his years in academia, Martin worked tirelessly for the Catholic Diocese of Belleville in Belleville, Ill. directing efforts that raised $80 million by creating and instituting a development program that included an annual appeal with major gifts component, the first diocesan major campaign and the establishment of the Catholic Community Foundation. Always called to serve, he spent twelve years with Franciscan University – Steubenville, Ohio as the Director of Christian Outreach and also served as a consultant and executive in Ohio and Wisconsin.

Certified Exit Planning Advisor
Professionals with this designation have passed an exam and completed the Exit Planning Institute’s CEPA Program, which is the most widely accepted and endorsed program of its kind. Graduates of the program have mastered the Value Acceleration Methodology, which integrates exit strategy into the business, personal, and financial goals of the business owner.

Chartered Retirement Planning Counselor – CRPC
This designation, the nation’s premier retirement planning credential, is awarded by the College for Financial Planning. CRPCs have mastered client-centric retirement planning in a comprehensive graduate-level program that covers all aspects of the retirement process.

A ChFC is a professional designation representing the completion of a comprehensive course consisting of financial education, examinations, and practical experience.

Chartered Financial Analyst
One of the highest distinctions in the investment management profession, this title designates graduates of the CFA Program from the CFA Institute. These professionals have passed multiple exams on financial reporting and analysis, asset valuation, portfolio management, and managing equity, fixed income, and derivative investments.

Accredited Investment Fiduciary
Financial advisors with this designation have gone through the training, met the qualifications, and passed an exam on the fiduciary standards of excellence that apply to managing the assets of another person or institution. Professionals with the AIF designation understand the legal standards that require them to prudently manage investment decisions.

Chartered Retirement Plans Specialist
This unique designation from the College of Financial Planning is seen as the industry benchmark on business retirement plan administration. Graduates are experts in the process of designing, installing, and maintaining company retirement plans.

Certified 401(k) Professional
This designation distinguishes financial professionals who have demonstrated the knowledge and ability to positively affect the retirement outcome for participants in company retirement plans. The Retirement Advisor University, in collaboration with UCLA Anderson School of Management Executive Education, awards this designation to financial professionals who complete a rigorous curriculum of extensive coursework, examinations, a case study, and training.

Certified Financial Planner
The Certified Financial Planner Board of Standards, Inc., awards this designation to individuals who have successfully passed the board’s extensive exams covering financial planning, taxes, insurance, estate planning, and retirement, in addition to ongoing certification requirements and continuing education. These professionals have met rigorous standards and agreed to adhere to the principles of integrity, objectivity, competence, fairness, confidentiality, professionalism, and diligence.

Someone with this designation is an expert in all the financial circumstances that surround divorce. The training for this certification focuses on understanding and estimating the long-term costs of a divorce. Some areas they focus on are tax consequences, property division, alimony and/or child support amounts, and the future of retirement/pension funds.

This is a graduate degree earned at any university that provides theoretical and practical training to help students gain a better understanding of general business management functions.

This is a specialty credential for CPAs who are experts at helping individuals with wealth management. The American Institute of Certified Public Accountants grants this designation only to CPAs with significant personal financial planning education and experience. CPAs pursue this credential because they want to display their expertise and knowledge as it relates to all aspects of financial planning. 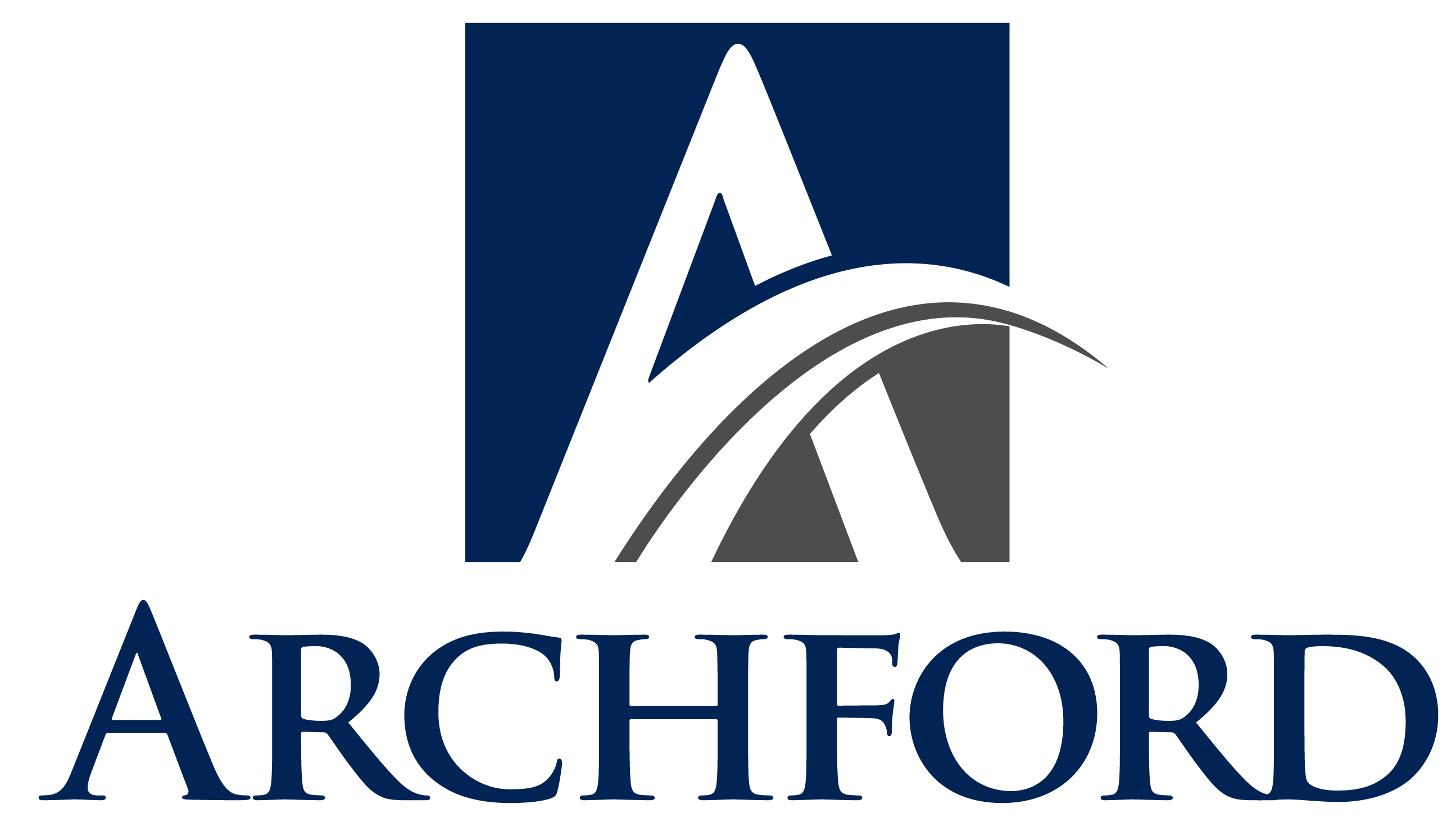 During these times of uncertainty, the Archford team is continuing to do what we do best: Taking Care of Families™. With our team of experienced wealth managers, retirement planners, business consultants and accountants, we are here to help businesses, nonprofits and families navigate our current economic environment.
We want to share with you 12 financial strategies to take advantage of today’s market conditions.
Download Our 12 Strategies Featured in The St. Louis Business Journal
If you have any questions regarding this information, please contact us. We are here for you.